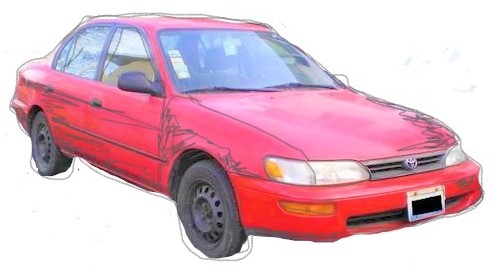 I recently found this post written a while back, in my notebook. This incident happened about a year ago. This is one of the many bazaar and crazy guest house experiences I have had through the years and although it was quite stressful at the time it was also entertaining.

There is never a dull moment  in the hospitality industry and last night did not fail to disappoint, delivering a generous dose of entertainment and excitement for ourselves and the guests.

Two days ago, a Mr. Goncalves found his way into my reception.  I soon realised however that all was not well with the so called Mr Goncalves. He was swaying rather dubiously and unfortunately the fumes from his breath hit me a tad too late. Before I could think of a way to get rid of him he was already counting out his cash to pay for a nights stay. Hoping for the best but sighing inwardly and mentally ‘kicking myself’, I showed him to his room. I was relieved the next morning to find him gone, nothing broken or taken, and his key in the key box at the gate.

The following night however  I mistook the ring at the gate for a guest I had been waiting for.  It was dark outside and drizzling. I waited for my ‘expected’ guest to make his way to my reception, but nothing happened. The engine of his vehicle stayed running but no one emerged.

Feeling annoyed and somewhat apprehensive, I armed myself with my pepper spray and went to see what was going on. As I approached the familiar vehicle, a beaten up old red Toyota Corolla, I realised my mistake. I had once again let in the dreaded Mr. Goncalves. I proceeded to very firmly but politely tell him that the guesthouse was unfortunately fully booked and he would have to leave as he was blocking up my drive way. He however mumbled  incoherently and proceeded to firmly and politely remain put.

I went back inside and phoned up our Security company. They promptly dispatched two of their guards who arrived within minutes to help with our predicament. Even they could not convince Mr. Goncalves to leave. The police were called, we rolled our eyes, knowing it could be hours before they showed up. The guards explained that they were not allowed to physically remove the unwanted Mr. Goncalves, their job was to keep us from harm and try and convince him to leave. Which they did, but to no avail. And so, we waited.

Realising by now that this was going to take some time, chairs were pulled up and mugs of coffee dispensed. Every now and again Mr. G would start his engine and then switch it off. Sometimes opening his door and attempting to get out but then seemingly forgetting why he had done so, and slumping back into his seat with a vacant confused look on his drunken face. Each time he did this, the guards Phillip and Siphiwe, (we were all on first name basis by then,) would jump up and rush forward just in case he attempted anything. At one point he managed to get out and make it to the boot of his vehicle. This he surprisingly managed to open, and then proceeded to relieve himself into it.

By now a small crowd had gathered on the verandah. Some of the guests had heard the commotion and wondered over to watch the show.  Mr. G had once again gotten out of his vehicle. He stood there swaying precariously and peering at all of us gathered on the verandah, as if he had only just seen us there for the first time. He stared for a good while, we stared back. Then, quite suddenly, one could see the penny drop. Within seconds he switched gears from drunken stupor to drunken madman on the run!

All hell broke loose as he tried to make his escape. Between shouts of “Haaibo!” and “Oh Jesus!” from the guards and the guests, pandemonium erupted. Poor Phillip and Siphiwe had their hands full as they tried desperately to keep him from reversing into the wall, whilst I was trying to time the opening of the gate to hopefully coincide with him finding it!

At last the now notorious Mr. G was out, and we watched with relief as he swerved chaotically and dangerously into the road, paused one last time, and roared away as if his life depended on it. His engine sputtering and misfiring into the distance.

Thankfully he has never found his way back to Penryn again!